In 2020 India possesses a wide range of natural stones that include granite, marble, sandstone, limestone, slate, and quartzite, spread out all over India. India has the best quality Natural stone amongst and we are the largest producer of raw stone material and the sectors are quite developed and vibrant in the South, as well as in Rajasthan and Gujarat, with a dedicated resource of entrepreneurs. India also has an indigenous resource of machinery and tool manufacturers that cater well to the demands of this sector.

India’s history, dating back to 3200 BC has been influenced considerably by the disposition, development, and use of stones and other construction materials. Dimension stones have also left deep imprints on the architectural heritage of the country. Innumerable temples, forts, and palaces of Ancient Indian Civilization have been carved out of locally available stones. The Taj Mahal at Agra was constructed from Indian marble. Some of the rock-cut structures include Khajuraho Temple, Elephanta Caves, and Konark Temple. Besides, all major archaeological excavations have revealed exquisitely carved statuettes and carvings in stone. Ancient Buddhist monuments like the Sanchi Stupa of 3rd century BC have also been carved out of stone.

This tradition of Stone Architecture has continued to the present era, with most of the important modern buildings in India like the Presidential House, Parliament House, and Supreme Court made from high-quality sandstone of Rajasthan. The Baha’i House of Worship of New Delhi stands testimony to the relevance of marble in modern Indian architecture.

Stones are still the mainstays of civil construction in India, with stones being used extensively in public buildings, hotels, and temples. It is increasingly being used in homes, with the use of stones now penetrating amongst the growing middle class of India. The success of the commercial stone industry solely depends upon defects in rock/stone. Natural defects in ornamental/commercial rock deposits adversely affect the quality of rock deposits. Detection of natural defects in the decorative and dimensional stone industry plays a vital role in the quality assessment.

Marble was used for building tombs, temples, and palaces. For a long[weasel words] time it was considered as Royal Stone. It is, however, now used in hotels and homes too. There are many varieties.

Makrana is the source of the marble used in the Taj Mahal. It is situated at a distance of 60 km from Kishangarh and falls in the Nagaur district of Rajasthan. The region has various mining ranges, mainly Doongri, Devi, Ulodi, Saabwali, Gulabi, Kumari, Neharkhan, Matabhar, Matabhar kumari, Chuck doongri, Chosira and Pahar Kua amongst others.

World’s largest marble-producing area, with over 2,000 gangs saw units located in the nearby town of Udaipur to process the material produced. Agaria is the best variety of this area, with numerous other varieties and patterns, primarily in white base. The marble is dolomitic and often has quartz intrusions.

Located near the capital city of the state of Jaipur (also known as the ‘Pink City’), it is dolomitic marble with intrusions of tremolite and is commonly known by the name of pista (pistachio) marble, because of the green-colored tremolite against an off-white background. One of the famous varieties of this area was known as Indo-Italian, owing to its resemblance with Statuario Marble. Most of the mining of this famous field is now banned by the Supreme Court of India because of the vicinity of the area to the Sariska Tiger Reserve.

Also known as Onyx Marble, it has thick bands of green and pink hint. A resemblance to Onyx Marble from Pakistan gives it this name. This is also highly diplomatic.

Though it has not been metamorphosed and hence is still a limestone, it is known as Yellow Marble in trade circles. It is mined in the Jaisalmer District.

These are ultra basic rocks in shades of brown and green color found in Rajasthan. The criss-cross linear pattern gave it a remarkable resemblance to a photograph of dense forest. These are also known as forest green/brown or fancy green/brown.

Gujarat – Amba Ji White Marble: It is one of the finest marble produced in India. It can be easily compared with Makrana Marble. It is highly calcic and is produced in a town called Ambaji (famous for its temple of Durga Devi). The marble has a very soft and waxy look and is often used by sculptors.

Rajasthan – Abu Black: This is one of the rare Black textured marble available. Only produced in the mines of Abu road, this amazing Black textured stone is the finest decorative marble ideal for homemakers, temples, sculptures, and corporate houses.

Madhya Pradesh – Katni Range: It is famous for its beige colored marble which is dolomitic but highly crystalline, with very fine grain size and some quartz intrusions. The marble accepts excellent polish. Another variety of the same range is red/maroon-colored marble.

India has varieties of granite in over 200 shades. As of 2005, Granite reserves in India were 37,426 million cubic meters and ranked fifth in export of the processed product. Resources are found in Madhya Pradesh, Orissa, Tamil Nadu, Karnataka, Jharkhand, Chattisgarh, Rajasthan, and Andhra Pradesh.

India is among the leading countries when it comes to mining and export of sandstone. The best part with Sandstone from India is that it is available in different colors and considered best for interior as well as exterior use. Few most popular sandstone products from India include names like Tint Mint, White Mint, Mint Fossils, Modak, Agra Red, Rainbow Sandstone, Raj Green, Teak, Buff Brown, Dhoplur Chocolate, Beige, Dholpur Pink, Lalitpur Pink, Mandana Red, Jodhpur pink, Jodhpur red, Jaisalmer yellow, etc.

This sandstone is available in some finishes and comes with great strength. However, Sandstone like Rainbow is only available in layered form and so is not suitable when the good thickness is required and Jodhpur sandstone is best when used in front elevation and high comprehensive strength. To illustrate it clearly, you can’t have cobbles out of Rainbow sandstone in particular as it is usually available in the slabs form. 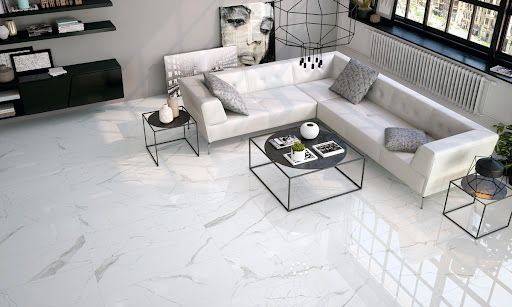 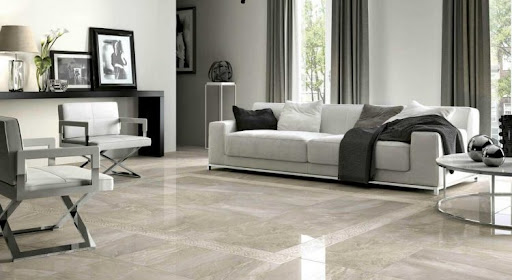